The Barony of Stormhold is the regional branch of the Society for Creative Anachronism (SCA), encompassing central and western suburbs of Melbourne and the western regional towns of Victoria, especially Ballarat. The information on this page has been taken from the Unchained Library: The History of the Kingdom of Lochac.

The current Baron and Baroness are Leif Magnússon and eleanora de la birche.

There is a story about the various tenures of the Barons, Baronesses and Vicars of Stormhold, written by Lady Elizabet Hunter, called ‘A Story of Stormhold’.

According to Domhnall na Moicheirghe, the name Stormhold  refers to the extremely variable weather that Melbourne is renowned for. 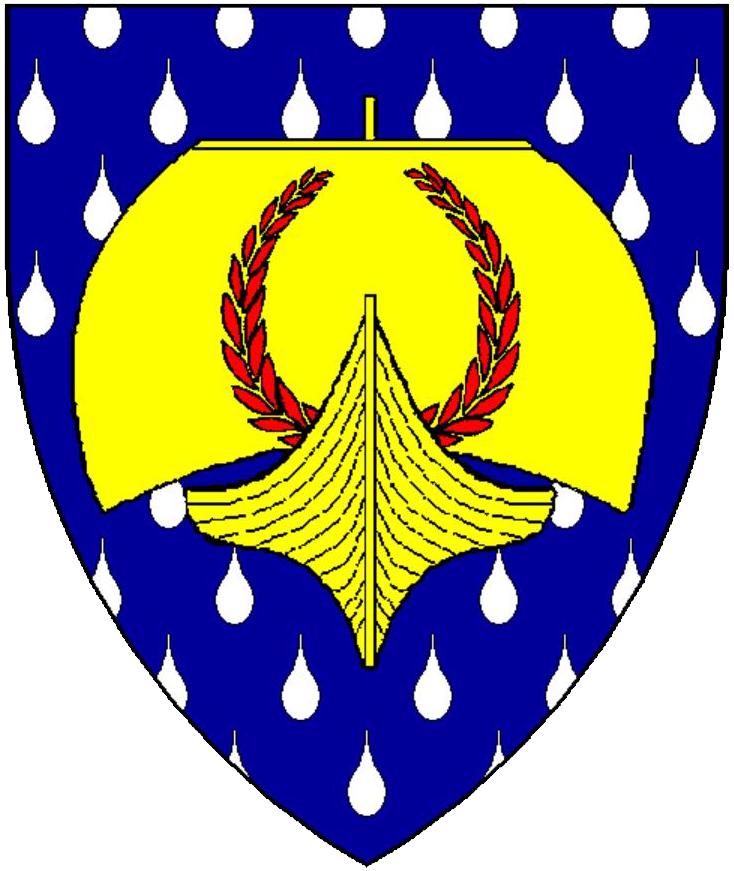 The heraldry of the barony was similarly influenced by Melbourne’s fickle weather and location on a bay, and in turn is a source of inspiration for the award structure of the group. The ‘blazon’ of the device in herald-talk is: Azure goutty d’eau, a drakkar affronty Or, the sail charged with a laurel wreath gules. That is, in plain terms, a golden Viking longship sailing in the rain.